People talk a lot about the changes your body will experience during pregnancy — but not much about the physical changes that can persist even after giving birth. Today, we’re talking about 10 things no one mentions about your postpartum body, from permanently larger feet to postpartum incontinence.

Your feet often grow during pregnancy due to swelling, and they might remain larger permanently. That’s because the extra weight of pregnancy can flatten out your arches, causing your feet to stretch. The hormone relaxin also causes your ligaments to stretch out, which can result in certain body parts becoming larger, including your feet. That being said, some people’s feet do return to their pre-pregnancy size months after birth, so don’t throw out your shoe collection just yet.

Speaking of body parts that have grown permanently, you might notice that your hips and pelvis are wider than before, even if you go back to exactly the same pre-pregnancy weight. This is because the pressure of the full-grown baby, coupled with the relaxin, can permanently change your bone structure, causing your hips and pelvis to shift positions. Giving birth vaginally can also contribute to this rearrangement, so don’t be surprised if your hips have grown permanently. 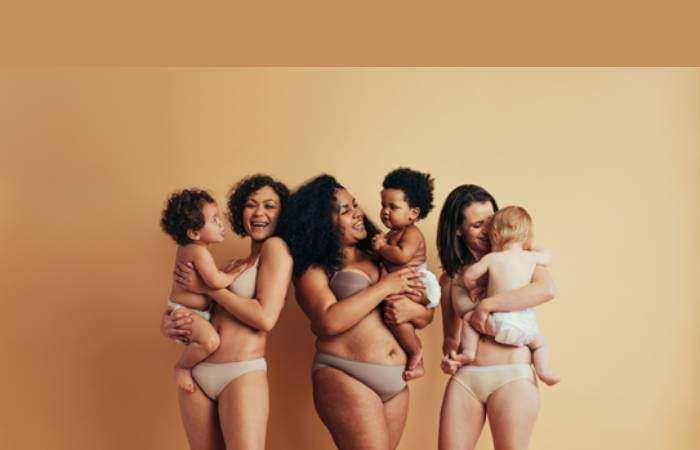 You will have a belly bulge.

You don’t lose the pregnancy weight immediately after giving birth, no matter what the movies make it seem like. Indeed, you’ll still look almost the same right after giving birth, and it takes six to eight weeks for the uterus to shrink back to its pre-pregnancy size. Beyond that, it takes many new moms months to lose the pregnancy weight, so your belly is probably going to be a bit larger than normal for a while to come.

We’re all familiar with the idea of food cravings during pregnancy — but did you know those might continue even after you give birth? Yep, it’s true. You might find that your taste buds are permanently altered after your little one arrives. These cravings can take many forms, from wanting to eat weird food combinations to your spice tolerance growing (or dropping). This is one of the lesser-known postpartum changes, but definitely one to keep an eye out for.

Your hair will shed.

During pregnancy, you don’t shed hair as much or as often due to hormonal changes, resulting in thick and shiny hair. However, once your hormones drop during pregnancy, all of that extra hair begins to fall away. Don’t be alarmed by all the shedding. It will go back to its normal state once you get rid of the extra hair. However, some people do find that their hair is thicker or thinner than it was before pregnancy. Others discover that the texture of their hair changes after pregnancy, becoming straighter or curlier than it previously was. 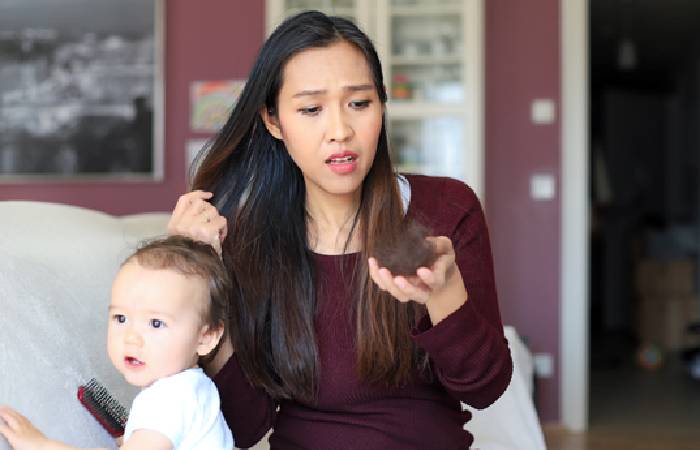 Your breasts usually grow larger during pregnancy due to hormones, and if you breastfeed, you’ll usually gain at least one additional cup size as your milk comes in. However, once you stop breastfeeding, your breasts will shrink back down, and may even end up smaller than they were pre-pregnancy. All of these size changes can stretch the tissue out, so you might find that your breasts sag more than they did before pregnancy.

Carrying a baby to term and then giving birth puts a lot of strain on your pelvic muscles. In fact, they get so stretched out that many women suffer from postpartum incontinence, including peeing while coughing, jumping, laughing, and more. Bladder leakage pads can help keep you dry and comfortable in the short term while you wait for your muscles to heal, and your doctor may prescribe pelvic floor exercises or other treatments if your muscles aren’t recovering on their own.

Many women experience a separation of their abdominal muscles, aka diastasis recti, after giving birth. Some figures estimate that as many as two-thirds of pregnant women experience this muscle separation, and for most, it will heal in a few weeks or months on its own. However, diastasis recti can persist in some women, so talk to your doctor if you’re still experiencing abdominal muscle problems long after giving birth. 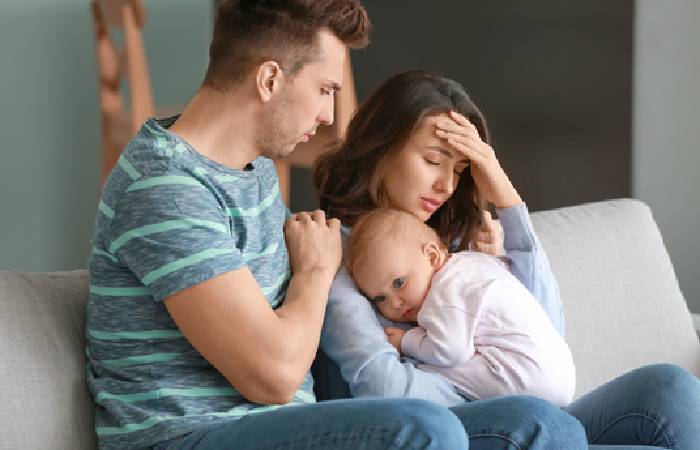 Sex drive is driven by hormones, and since those change greatly during pregnancy and birth, you are probably going to experience changes in your libido as well. Some women find that their sex drive returns quickly after birth, sometimes before the doctor has even cleared them for sexual activity. Others find that their sex drive lags, taking months to return to pre-pregnancy levels. Certain lifestyle factors, such as fatigue from being up at all hours with a newborn, can also impact your sex drive, so be prepared for your sex life to look a little different after having a kid.

All that extra weight and swelling can lead to unexpected side effects — such as more varicose and spider veins, as well as hemorrhoids, especially in the lower half of your body. For many women, these resolve within six months of giving birth, but they can persist for longer, especially if you were already prone to them or had other circulation issues before or during pregnancy. Talk to your doctor if you are still experiencing painful varicose veins or hemorrhoids after giving birth and they’re not getting better.

We’ve only scratched the surface of potential postpartum body changes here. What other things should expectant moms be prepared for after giving birth? Let us know in the comments below.

The Problems of Vitamin D Deficiency in Senior Citizens

6 Birth Control Strategies When There’s No Room for Error

Study Reveals the List of the Most Body-Conscious Countries