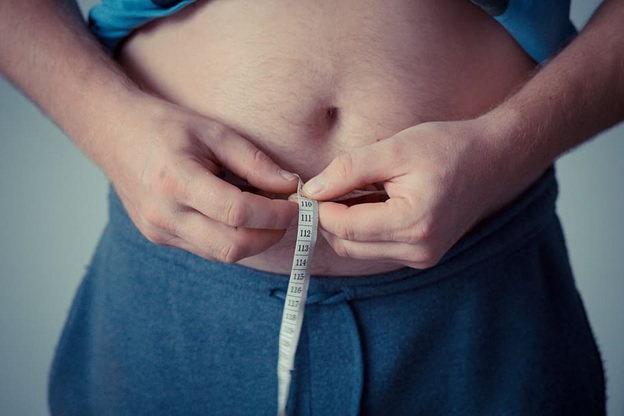 Each one of us in our lives has at least once met a person who eats the most and still is the slimmest. Agreed? And on the other side of thought, we have also seen people who gain weight irrespective of the amount they eat. Even a simple sandwich can make them gain weight. Well, both are extreme situations and still the most real ones. Ever thought what can be the real reason behind this? Why can the slim ones eat anything and still be the slimmest and why do some others gain weight just by thinking of food (pun intended). Why do they have to struggle to lose each pound for eating an extra chocolate or pizza slice?

It is a known fact that calories are the major cause of weight gain. Simply saying, our body weight is directly proportional to the calories we consume, the calories we store, and the calories we burn. But it is not as simple as it looks. Each of the variables is impacted by a combination of genes and environment. Both can have an impact on your physiology as well as your behavior, implying a direct impact on how many calories you can store/burn and what food will affect your body weight.

Let’s have a closer look at this. The number of calories our body can store and burn depends on three factors:

The above three factors are the major components that impact how our body works and stores calories, indirectly impacting our energy levels. So, the calorie equation is simple. More the calories we burn and the more we can maintain our body weight. But if we consume more than we burn, obviously it will result in fat deposition. This fat gets deposited in specialized fat cells called adipose tissue. Fat is stored in these cells either by expanding the ones that are already present in the body or by producing more of them. Physical exercise and ingestion leads to the burning of calories which directly decreases the number of fat cells in our body. As a result of all this, we lose weight.

How much of your weight depends on your genes?

The following are the characteristics that symbolise that genes are the major reason for fat deposition in your body:

Some at-home DNA tests can give you important information on how your body could be wired to store fat. This thorough article covers this topic in more detail. Using this information you can change your weight-loss strategies to see how your body responds to various diet plans.

The following are the characteristics that symbolise that genes are not the major reason for fat deposition in your body:

Now you must have got a clear picture. The above facts will help you understand if genetic predisposition is a factor in you being overweight or not. But no worries, it isn’t so severe that you can’t overcome it. Whereas, people with only a minor hereditary predisposition for obesity have a fair chance of losing weight on their own through strict diets and intense workouts.

One of the causes of obesity is the food factor

Food factors can also be a major cause of obesity. According to a report by the Centers for Disease Control and Prevention (CDC), Americans nowadays are consuming more calories on average than they were in the 1970s. It is said that between 1971 and 2000, the average man consumed 168 additional calories per day, whereas the average woman consumed 335 additional calories per day. What can be the actual reason behind this upward trend? There are some factors that influence our decisions of calories intake. These factors are a combination of

In today’s era, food is readily available almost wherever we go. Let it be the retail malls, sports stadiums, public transports, metros, streets, and movie theatres. The list is never-ending. Also, the portion sizes that are served these days are huge. Although the fat content has been reduced over decades, the problem lies in the low-fat foods that have a lot of calories because they add high amounts of sugar in them to enhance their taste.

Genes can be a major cause of your childhood obesity. Rare single-gene deficiency induces severe obesity from an early age and in fact, can induce extraordinarily high levels of hunger. It is advised that the children who are severely obese before the age of two should consult doctors or specifically saying an obesity medicine specialist about getting checked for:

According to a report, obese people are more likely to have numerous genes that predispose fat that makes them to gain extra weight over and over. The fat mass and obesity-associated gene (FTO) is one of these fat genes which is found in up to 43% of the population. It is obvious for those with the fat mass and obesity-associated gene that they face difficulties regulating their caloric intake in the presence of easily available food. The presence of this gene, as well as other genes, can result in:

So, concluding this, I would like to say that genes play a really important factor in some people’s obesity. And fat is never a good deal. If you or your child is facing obesity at an early age, consult an obesity medicine specialist about getting checked for the solution.

Also Raed : Probiotic Write for Us