Have you ever heard about a potential breakthrough in diet and nutritional science and then realized when you look at the evidence that it was really just the product of hype from the media and the diet industry? Many of us who follow the world of dietary health have. But that’s certainly not the case for all eating plans. In fact, there are many popular diets now that, when followed correctly, have real scientific evidence backing them up.

Researchers actually have a pretty good understanding of how to eat for weight loss, for heart health or for developing an IBS meal plan that won’t leave you with another stomachache. The five diets we’ll discuss here all have solid scientific backing in terms of potential benefits for your health. And while no diet is right for everyone, each of these has something to offer people with particular health and dietary needs.

The Mediterranean diet is one of the best-studied and most popular diets around. It’s based on the traditional diet of European countries like Italy and Greece, which emphasizes whole, fresh foods and lean proteins. Research has demonstrated numerous potential health benefits from the Mediterranean diet, including lower risks of stroke, heart disease, Alzheimer’s and diabetes.

For people used to more regimented diets, the Mediterranean diet is a little different. There’s no one right way to do the diet, and most Mediterranean eating plans don’t emphasize things like calorie counting or strict portioning. This can make it appealing for people who’d rather adjust their eating patterns than stick to a specific daily diet plan. It also includes lots of great veggie options that are ideal for non-carnivores.

Low carb diets have been around for a long time, and they exist in many forms. Some of the most popular forms include the keto diet, the paleo diet and the Atkins diet, each of which has its own pros and cons. It can also be combined with other dietary approaches, such as the low carb Mediterranean diet. As with any diet, long-term success on a low carb diet depends on a paradigm shift toward choosing healthier foods, not just eliminating certain low-value ones.

The low-FODMAP diet is designed specifically for people with irritable bowel syndrome (IBS) or other types of inflammatory bowel disease (IBD). But wait, what is FODMAP? This wordy acronym refers to a specific kind of fermentable sugars, which are found everywhere in our food, from onions to garlic to wheat to milk. Unfortunately, these compounds often cause digestive problems for IBS sufferers, which is why a low-FODMAP diet is a standard for fighting IBS.

A 2016 literature review found that “the evidence to date strongly supports the efficacy of a low-FODMAP diet in the treatment of IBS,” and another 2018 study found that a specifically low-FODMAP diet outperformed general dietary advice in reducing symptoms for IBS sufferers. These diets can be challenging to follow due to the many restricted foods, but many low-FODMAP meal plan resources are now available to help FODMAP-sensitive people find foods they love. 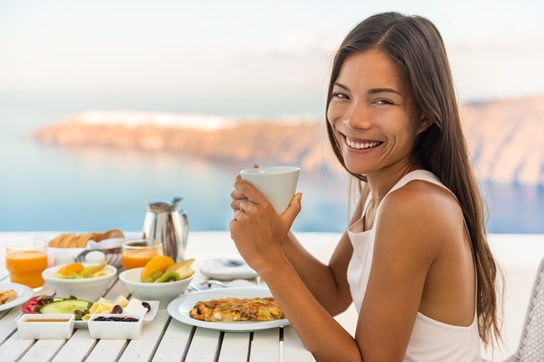 Dietary Approaches to Stop Hypertension (DASH) is a diet designed to lower blood pressure and improve heart health. It uses some familiar pieces from other diets, such as focusing on fruits and vegetables, but adds a particular emphasis on creating flavorful dishes without the need for excessive salt. That makes it an excellent choice for many Americans, who generally consume far more sodium than experts recommend.

DASH is also a flexible diet that allows people to moderate their salt intake as necessary. The standard diet budgets 2,300 mg of sodium per day, while the low sodium version budgets 1,500 mg. This diet can literally be a life saver for people who need to reduce their blood pressure, but it’s also an excellent choice for anyone who wants to ensure that they can continue enjoying salt in moderation by maintaining a healthy blood pressure.

What’s In: Fruits, veggies, whole grains, almost anything (including meat) in moderation

Following a plant-based diet has numerous benefits, but a lot of people find it tough to give up meat. That’s why the flexitarian diet has gained popularity. This diet emphasizes learning to prepare delicious plant-based dishes at home without completely eliminating meat. It’s oriented toward the common sense eating principles that doctors have promoted for years, such as prioritizing fruits and veggies and limiting added sugar.

As you might expect from the name, the flexitarian diet shines in its versatility. Like the Mediterranean diet, it’s designed to shift a person’s eating patterns rather than lock them into a strict regimen. Newbies to flexitarian eating are encouraged to try out a few of the recipes to gradually shift toward a plant-based diet. But if you’re ready to dive in deep, the book that started the diet includes detailed shopping lists and meal plans. 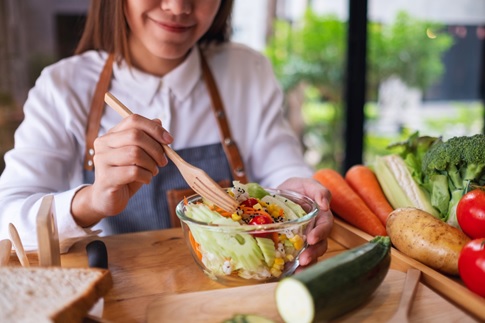 Bodybuilding Diets Plans: What To Avoid And What To Eat

Veganism. Is It Gaining Traction?