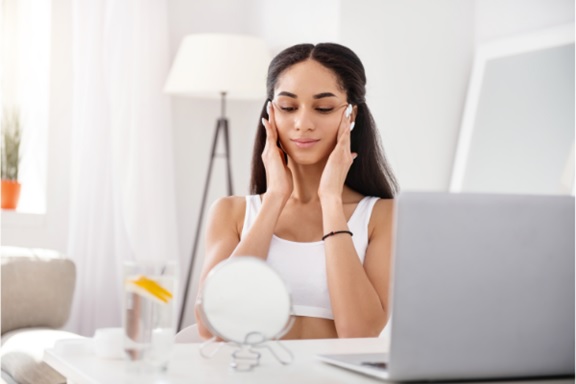 It’s Time to Set the Record Straight About Facelifts

It’s Time to Set the Record Straight About Facelifts

Do you find yourself pulling the skin back on your face to recreate how you used to look when you were younger? You’re not alone.

Some have estimated that a woman’s body will produce less collagen as they age, at a rate of about 1% less for every year after they turn 20. If you feel like it has been all downhill since your 20s, that number probably sounds bang on to you.

But, you don’t have to take a passive role in the aging process. You can fight aging and win with a professional facelift.

We know, we know. You may have heard some bad things or read something online that is probably keeping you from seriously considering one. That’s why we’re going to set the record straight and dispel some of the most popular myths about facelifts.

1. There is a Lot of Downtime

Everyone wants to look younger, but nobody wants to be in bed for weeks recovering from surgery. If that’s what you’ve been told the facelift post-op recovery process is like, you have been misinformed.

The truth is that most of the swelling and initial discomfort will disappear within the first week. And of course, there are always things you can do to speed up the process. For example, feel free to read these recovery tips after a facelift to help yourself heal.

2. Nobody Gets Facelifts Anymore

It is true that non-surgical procedures like Botox and fillers are extremely popular these days. But their popularity has not come at the expense of the facelift.

The facelift has remained constantly in-demand and consistently remains one of the most popular plastic surgeries in North America.

In fact, the facelift became even more popular during the pandemic, with 69% of surveyed plastic surgeons seeing an appreciable increase in facelift procedures during the lockdown. The same survey also revealed that most saw a decrease in the demand for Botox and fillers.

Why? Because most people worked from home during the pandemic. This gave them the opportunity to discreetly get surgery and then recover from home while still working from home. This led hundreds of thousands of people to decide to go all-in on anti-aging and get a full-blown surgery, instead of a non-surgical solution.

If you picture the average facelift patient, what do you see? Someone in their 50s? Their 60s? That’s no longer the case.

The Millennial generation is easily the fastest-growing plastic surgery demographic right now. They’re now approaching their mid-30s and early 40s, and they’re not waiting for wrinkles to show up. They’re getting prejuvenative treatments to fight the signs of aging before wrinkles truly start to show up.

A lot of them are getting the so-called mini facelift. This isn’t a full-blown facelift, but it can address popular issues like wrinkles and jowls.

Have you heard something that is keeping you from getting a facelift? Your best bet is to contact a board-certified plastic surgeon. Book a consultation to ensure that all of your questions and concerns can be addressed before deciding whether or not the facelift is right for you.

7 Tips to Overcome Your Fear of the Dentist

Should I Pop Whiteheads or Leave Them Alone?

Natural Ways to Lessen the Appearance of Acne Scars

10 Things To Know Before Getting A Laser Hair Removal