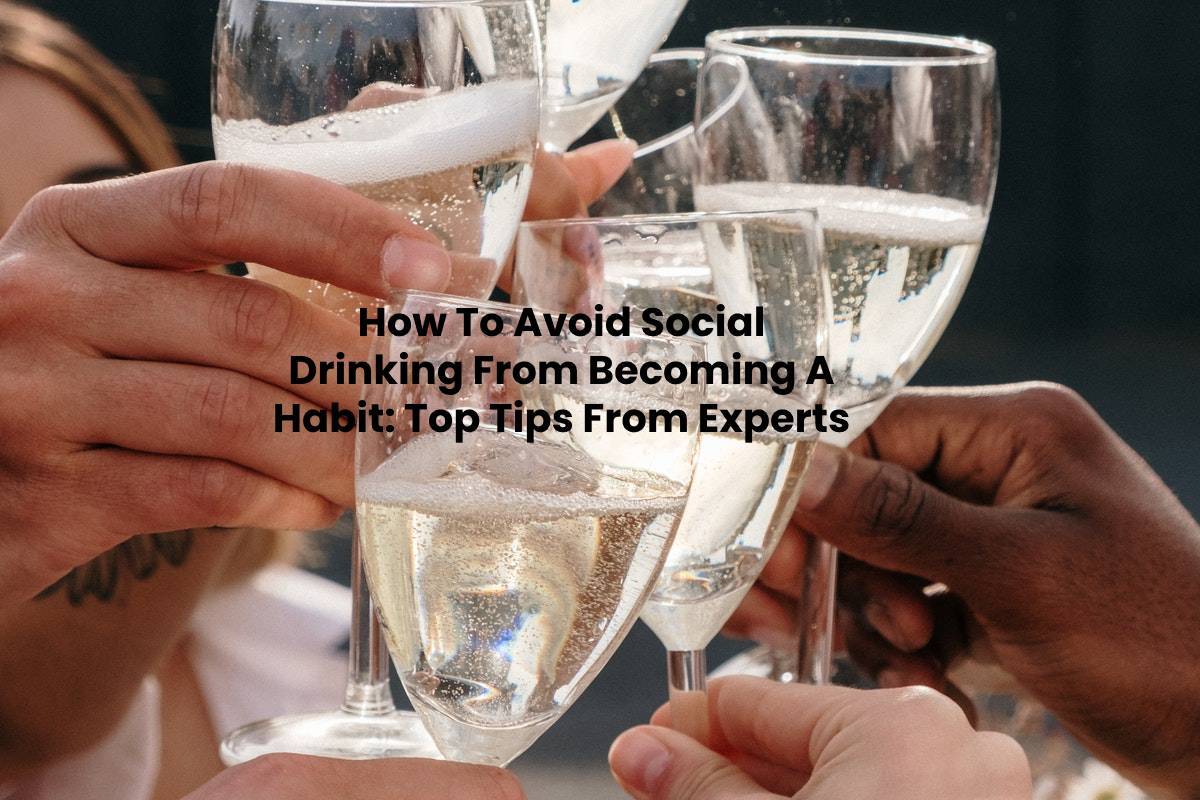 How To Avoid Social Drinking From Becoming A Habit: Top Tips From Experts

Social drinking has become a part of our culture!

Alcohol is available everywhere – from bars to restaurants and from social gatherings to your home. It has become a popular way to socialize, relax and even celebrate special occasions.

Occasional drinking alcohol a few times a week is considered healthy. Unfortunately, this ingrained cultural attitude has made it impossible to measure what level of social drinking can be considered harmful.

Although people consider the act of drinking while socializing with others is something that has originated in recent times. History proves that social gathering and alcohol consumption has been the best dua for millennia.

The practice of social drinking has become endemic to the point that its harmful effects on life are often overlooked.

What Is A Social Drinker?

While there is no official definition of what a social drinker looks like, there are a few accepted guidelines for safe drinking that separate the act of alcoholism or binge drinking.

This is what a social drinker looks like. If someone is drinking more than what has been mentioned, they will be an alcoholic.

To better understand the social drinking behaviors and traits, get a quote from a professional and see for yourself.

While this guideline may seem useful, they have their own limited applicability. The true definition would have to factor in the individual’s capability to handle alcohol.

Before jumping to the harmful effects of social drinking, it is important to understand why people become social drinkers.

Although alcohol does have its way into the culture, there are other ways to celebrate, relax, and make new friends.

Because, no matter how we make alcohol consumption look good, it is not! In fact, even if you have a sip of alcohol, it is affecting your brain. Over the course of time, a small stress coping mechanism will be a habit, and from habit to addiction.

Alcohol is a TOXIN! – Never forget that.

Alcohol has a damaging effect on your body. Even if you take a small sip, it damages your body. However, you might not be able to see that damage because of how minor it is.

Over time, several minor damages will accumulate inside your body and explode at once. It is important that you remove toxins from the body.

Regular drinking of alcohol can lead to increased risks for:

How To Avoid Social Drinking From Becoming A Habit?

The first step towards preventing social drinking from becoming an addiction is understanding its consequences. Knowing how harmful it can be, you will be able to muster up the courage to stay away from drinking.

Here are a few ways to prevent social drinking from becoming a habit.

Sometimes, people start drinking even though they do not feel the urge. Well, in that case, you must stop doing so. Because if you carry on with that habit, you will eventually become addicted.

2. Think About The Reason Why You Drink

Perhaps your major concern needs to be the reason behind why you drink rather than the amount you drink. Many people use alcohol as a stress reliever.

But, if it’s hard to face the problem with alcohol, it is time to think about whether drinking is stopping you from finding more effective ways.

3. Involve Your Loved Ones

Involving your loved ones can be a great way to know your limits. By opening up about your social drinking behavior with your friends and family, you can get help. In fact, this behavior can also encourage others to explore their own drinking habits.

It is important that you leave behind the people who force you into drinking. You don’t have to completely cut your ties with them (after all, they are your friends), but reduce the time you spend with them.

The best way is to make new friends who share the same goal as you. This will significantly help you cut back on your alcohol.

When you are offered a drink, learn to say NO!

We understand there are circumstances where you cannot say no. But, at least try to. If you are asked why you can always say –

Try not to worry about others judging you!

Quitting drinking or reducing your intake can take time. So, treat yourself kindly when it doesn’t stick at first.

Understand that social drinking is a habit you have developed for years; leaving it will take the same amount of time.

Whether your goal involves complete sobriety or more mindful drinking, you are doing the right job for yourself and the people around you.

Also Read:  How to Help Your Teenager with Depression

5 Reasons Why Every Man Should Have a Hair Trimmer

Pre-Operative Care – How To Prepare For Surgery?