The stomach is a vital body part in every animal and all human beings and birds. It helps not only in the digestion of food but also in storing them. It also covers the whole digestive system, which aids in digestion. The primary function is secreting acids and enzymes that break down complex food materials and convert them into energy.

Surprisingly, some animals have many stomachs. Now, this does not mean

What is the cow’s stomach called?

The cow’s stomach is called the ruminant stomach. The name is given based on breaking down food to increase digestion which is known as rumination. It’s derived from a Latin word called ruminant, which means to chew over again.

The four compartments of a cow’s stomach

So, why does a cow have four compartments in its stomach? Let’s take a look at each room and its function:

In Rumen, we can find microorganisms that start the fermentation of the food bolus to transform it. This is the largest compartment of all, having a capacity of up to 200 litres. Certain fermentation products are already absorbed by the rumen walls and pass into the bloodstream. Other compounds that are not fermented are changed into the proteins which the animals use. The time the food remains in this area can vary, about 12 hours for the more fluid fraction and between 20 to 48 hours for the fibrous portion.

Reticulum has the function of containing food and transporting it back to its mouth to be further chewed after being digested in the Rumen compartment.

Omasum is characterized by many folds; that’s why it is also known as a booklet. In this function, the cow’s water is absorbed so that the feed passes to the following structure as concentrated as possible, and the enzymes which are involved in digestion have not been diluted.

Abomasum is the stomach of the animal itself. The acidity of this area is high; all the microorganisms that were processing the food are digested here, also stopping the fermentation. Hydrochloric acid and pepsin are produced, favouring the processing of proteins that have reached the area, causing the chemical digestion of food. The abomasum is the last compartment the food will go through before being brought to the small intestines to have all the nutrients removed. 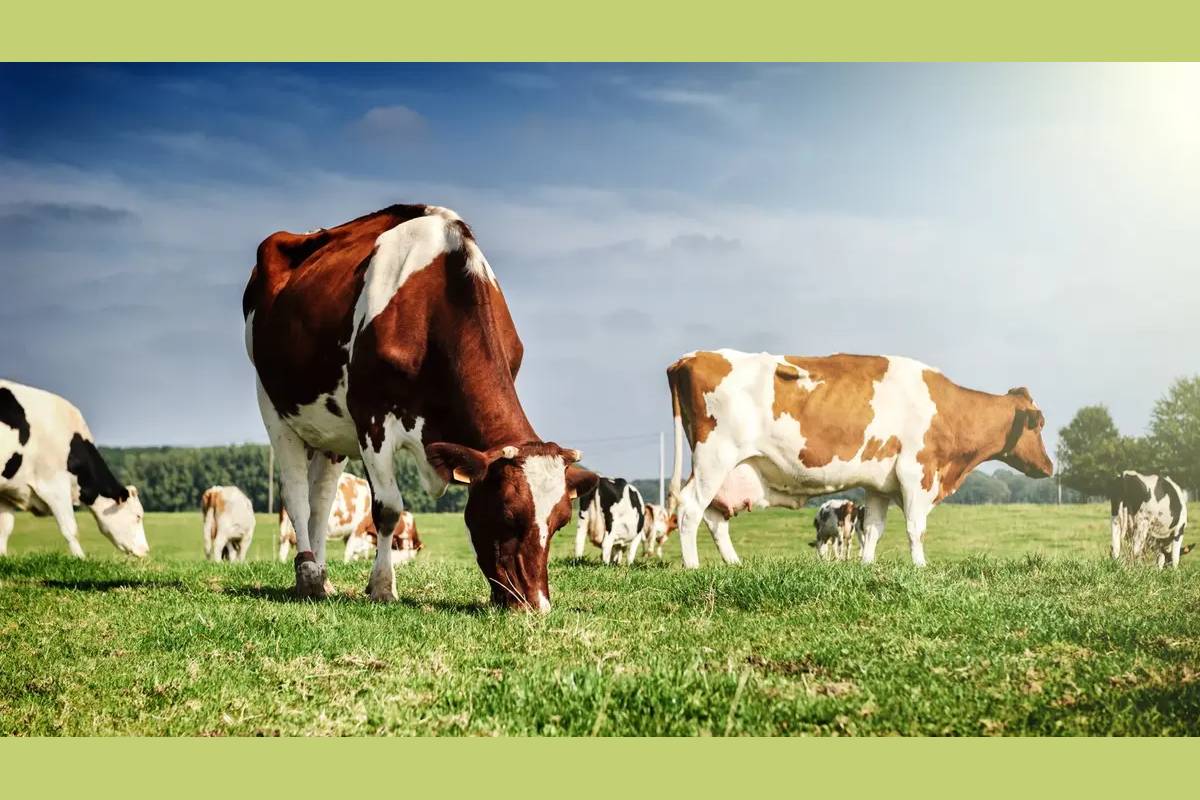 This part of the body is also vital in cows. Cows have four stomachs or one large stomach with four compartments. Like all other organs, the four compartments in a cow’s stomach have a role to play. They also display unique characteristics and are quite different from one another. The common misconception about cows is that they have four hearts, just like the four stomachs.

The parts of a cow’s stomach

Cows are frequently described as having four stomachs.

On the other hand, cows have a multi-compartment stomach, which is considerably different from ours.

The grass passes through the rumen, the reticulum, the omasum, and lastly, the abomasum when they eat it.

Let’s go more into the functioning of the cow’s stomach chambers.

The rumen is the first section of a cow’s stomach. The rumen contains many bacteria that operate as a food storage system while the bacteria break down the cellulose, or fibre, in the plants the cow has consumed. Only bacteria can degrade cellulose, and they do it through a fermentation process similar to yeast. The food has only been partially broken down and has not yet been digested.

There is no stomach acid here, unlike in the human stomach. When you watch a cow graze, you’ll note how much grass, hay, or other plant stuff it consumes. It does not chew the meal as a horse would, but rather just enough to moisten it before swallowing it whole. The meal is first placed in the rumen, which will remain until wholly loaded. The rumen is quite warm, and the sides feel mushy because of the bacterial activity.

The reticulum follows the rumen.

It’s where the food goes after it passes through the rumen, allowing the cow to regurgitate the meal and begin “chewing the cud” to break it down into tiny bits. There are microorganisms in the reticulum as well. The cow, which weighs 1,400 pounds, eats for six to eight hours a day and then chews cud for another five to eight hours.

The omasum appears after the reticulum.

When the cow is done chewing its cud, it swallows it and continues to the omasum. It absorbs water and partially digested nutrients. It features multiple tiny tissue folds that give it a formidable appearance.

Finally, the abomasum is where food is genuinely digested. Unlike the foregut, where fermentation occurs, the abomasum is regarded as the “real” stomach for all ruminant animals, similar to the human gut. It contains bile and stomach acid, but it might also contain bacteria that the rumen utilised to break down the cellulose, and it is digested in the same way. The intestines absorb any food that remains in the stomach.

There are also some distinctions between horse and cow digestion. Horse excrement still contains particles of grain or grass compared to cow manure. Because the plant content has been broken down and digested, there are none in cow poo.

Also Read: What Is Ginger Water?

Why do cows have so many stomach parts?

Goats, sheep, bison, buffalo, deer, gazelles, antelopes, and giraffes are examples of ruminant herbivores. All ruminant herbivores have four portions in their multi-compartmented stomachs. It also possesses a larger small intestine than many other animals, absorbing nutrients more efficiently. Omnivorous and carnivorous animals have smaller tiny intestines that are better adapted to consuming and digesting meat.

The importance of digestive health for cows

For optimal health and milk production, cows must chew the cud. However, it must be calm and comfortable, which is commonly done while lying down. This exercise induces saliva to help bacteria regulate their acidity levels.

Farmers must not only be able to monitor cows chewing cud, but they must also give the cows a diet rich in fibre and low in moisture, carbs, and acidity. Bacterial acidity in the foregut must be perfect for bacteria to grow and operate properly in the rumen. If the edge is too low, bacterial development will be slowed, and the cow will be unable to digest roughage and get the nutrients that it would usually get from chewing cud. The immune system of the cow decreases when lactic acid builds up.

Furthermore, dangerous germs proliferate and might kill the cow unexpectedly.

The rumen will be eroded if the acidity level is too high. Bacteria can enter the circulation and infect the liver, resulting in abscesses if ulcers form. As you can see, digestive problems in cows and other ruminants are far more significant and fast-acting than in humans and other animals.

According to legend, cows have several stomachs, but no one knows how many or why. They have multi-compartmented guts with a foregut and a “genuine stomach” separated into four sections. Each component has a specific purpose for digesting the grass and other plant things they eat. Ruminators have this trait in abundance.